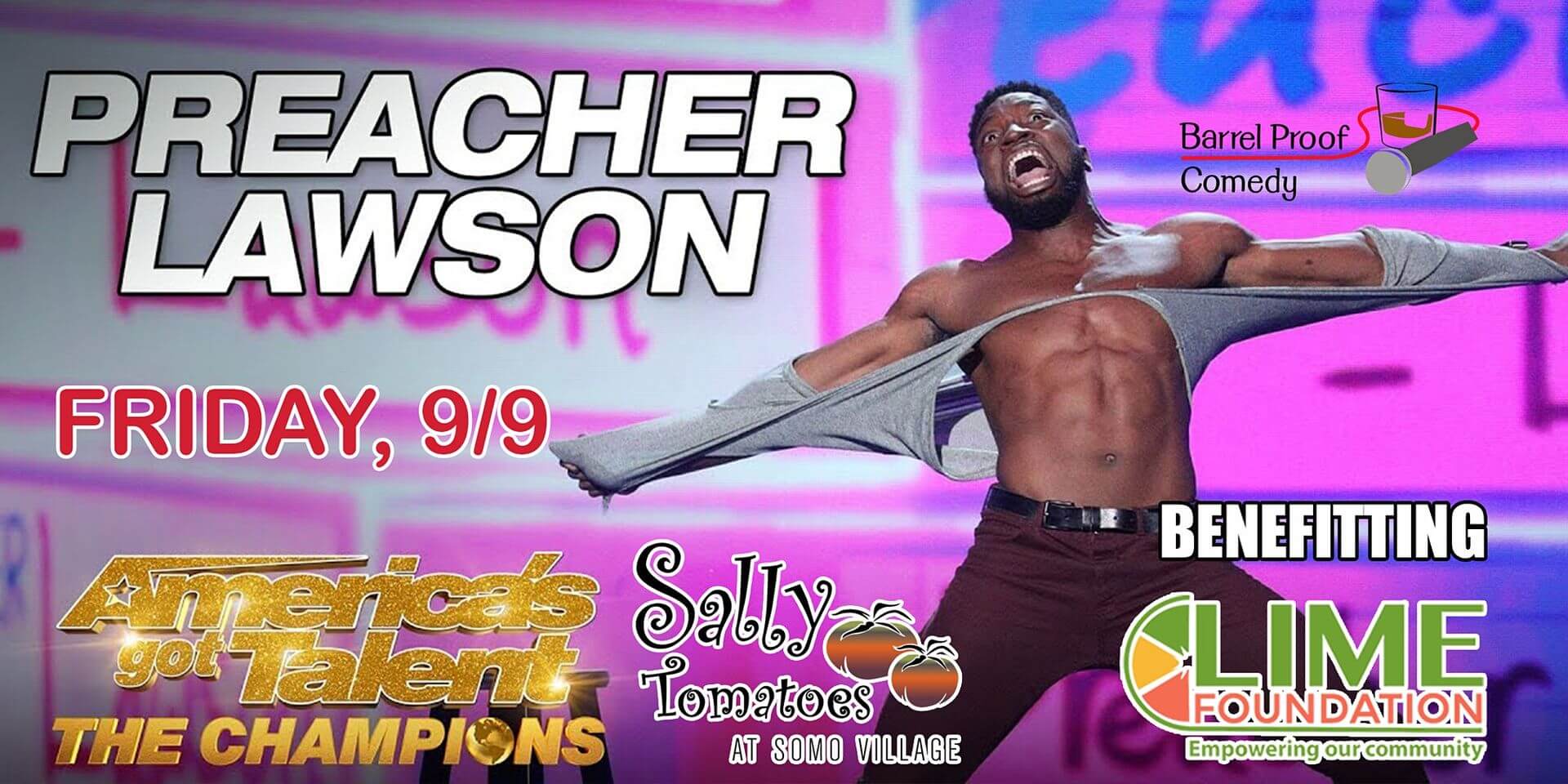 He killed it in the finals on America’s Got Talent. They brought him back for The Champions. Don’t miss him live in Rohnert Park!

Be sure to buy tickets for your whole party so we can seat you together.

VIP Tickets are closer to the stage and include dinner!

Preacher Lawson was born In Portland, OR, but raised most of his adolescence in Memphis, TN. He moved 20 times before the age of 10, but if you asked him what city he’s from he’d say Orlando, FL because that’s where he grew as a comedian.

Preacher was the host of the Facebook Watch series WORLD’S MOST AMAZING DOGS (2019) with George Lopez and Lisa Vanderpump and has built a following on YouTube of over 500,000 subscribers. In 2019 Preacher just shot his first stand-up special which premiered on BET + and continues to perform at sold-out venues around the country. Preacher is currently hosting AGT Live in Las Vegas.

Find all the best stand-up and trivia in the North Bay at BarrelProofComedy.com.

To register for this event please visit the following URL: https://www.eventbrite.com/e/headline-comedy-preacher-lawson-tickets-392962179457?aff=efbevent&fbclid=IwAR2Ilbe-VZRVlye5dCucrgs8Gqtuw-tjhjPstqyp2m4lcUf3y5ELno1VLdU →