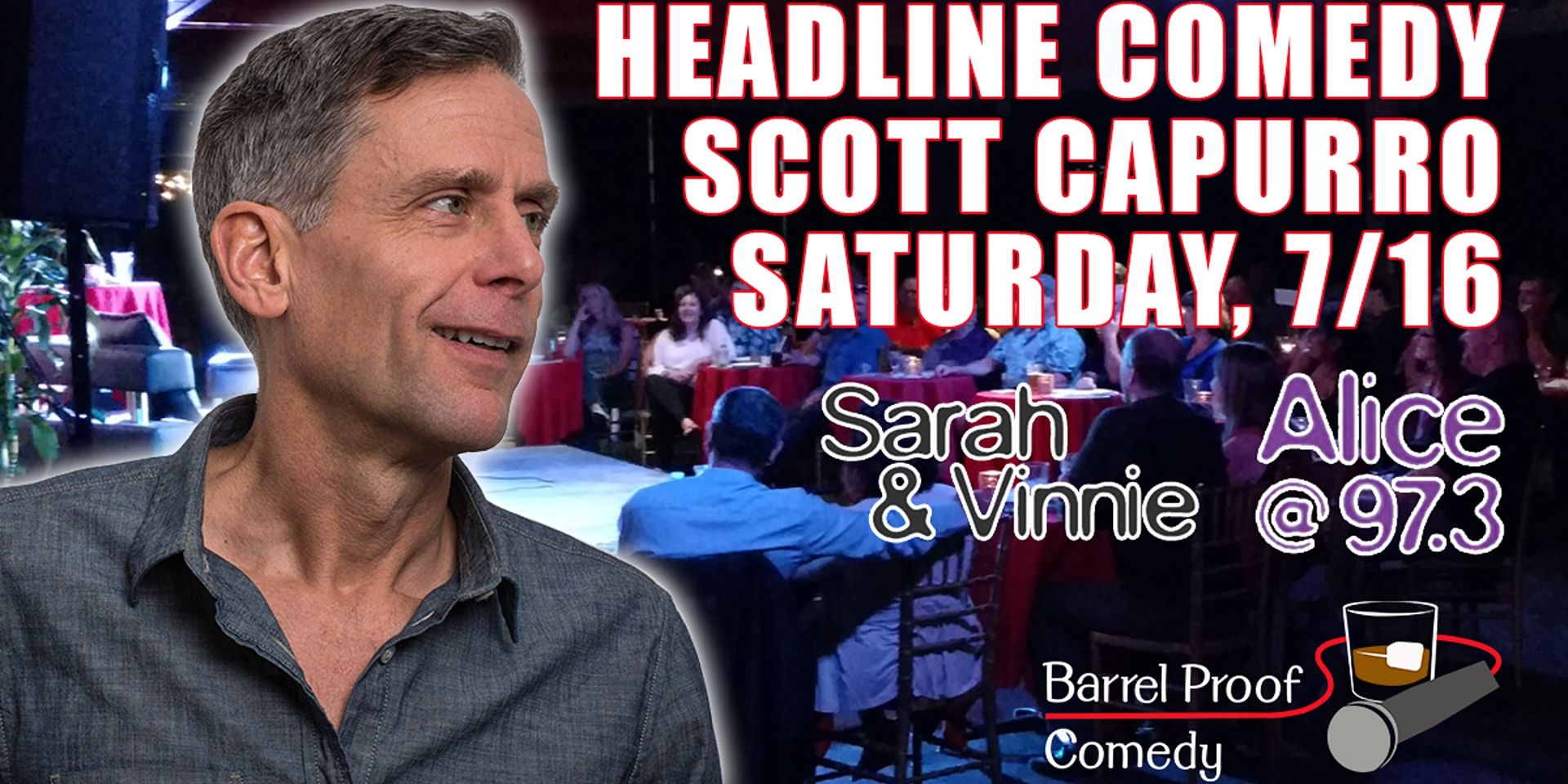 Barrel Proof Comedy brings the best stand-up to Sonoma County
You’ve seen him in Mrs. Doubtfire and heard him on the Sarah & Vinnie Show on Alice 97.3fm. Now see him LIVE in your own backyard.
Be sure to buy tickets for your whole party so we can seat you together.
VIP Tickets are closer to the stage and include dinner!
Menu:

Scott Capurro Live! – Erect Since 1994!
You’ve heard him on the Sarah & Vinnie show on Alice Radio now see him LIVE at Jerry Knight’s River Theater in Guerneville!
Scott played Aunt Jack in Mrs. Doubtfire, and a rubber head in Star Wars; Phantom Menace. He’s been edited on 8 Out of 10 Cats and The World Stands Up, but left to self-destruct on other television stuff, including Rove, which got him banned in Oz. Oh well.