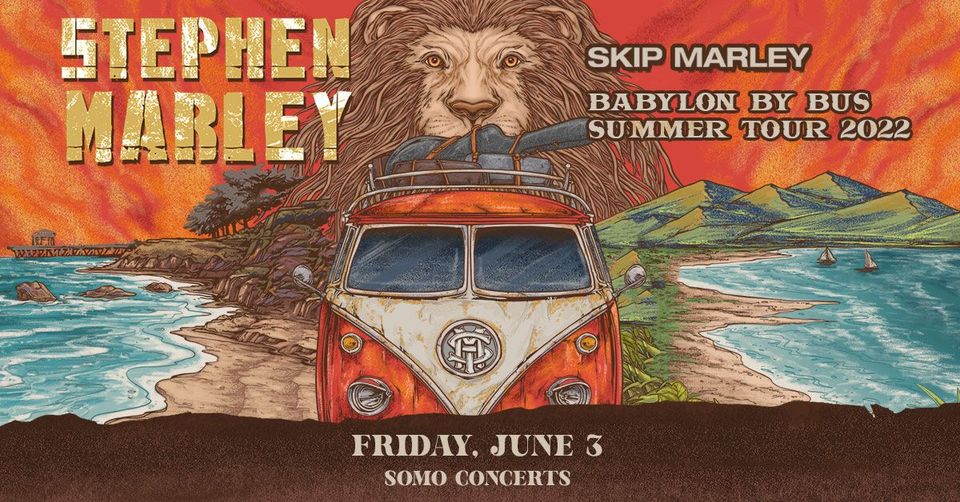 A portion of the proceeds will benefit Ziggy and Stephen’s Ghetto Youths Foundation, a non-profit organization dedicated to creating social change and equity, with a focus on providing opportunities to young people, seniors, and families from compromised communities and challenging situations.

Stephen Marley is a true pioneer of reggae music. The second son of music icons Bob and Rita Marley, Stephen is a legend in his own right, producing a robust collection of prolific music that infuses reggae with hip hop, soul, jazz, doo-wop, and much more.

He began his career at the ripe age of six—singing, dancing, and playing percussion with his siblings in The Melody Makers. While still a teenager he assisted in the production of the all of their albums including their three Best Reggae Album Grammy winners Conscious Party (Virgin Records, 1989), One Bright Day (Virgin Records, 1990) and Fallen Is Babylon (Elektra Entertainment, 1998). In 1993 Stephen founded the record label Ghetto Youths International with his brother Ziggy Marley as a means of controlling their own music and support emerging artists.

Since then, he has cultivated a successful solo career and continues to release tracks with globally renowned artists including Options with Pitbull, 40 Days & 40 Nights with Salam Remi, and Nothing’s Gonna Harm You with his son Joe Mersa. His work doesn’t stop there, in 2017 he brought to life the first annual Kaya Fest, a music awareness festival that highlights the benefits and educational opportunities around Cannabis. Stephen’s passion extends behind the scenes through the Ghetto Youths Foundation, a non-profit organization that works to benefit underprivileged communities in Jamaica and around the globe.

To register for this event please visit the following URL: https://www.ticketmaster.com/event/1C005ADECAD93781 →