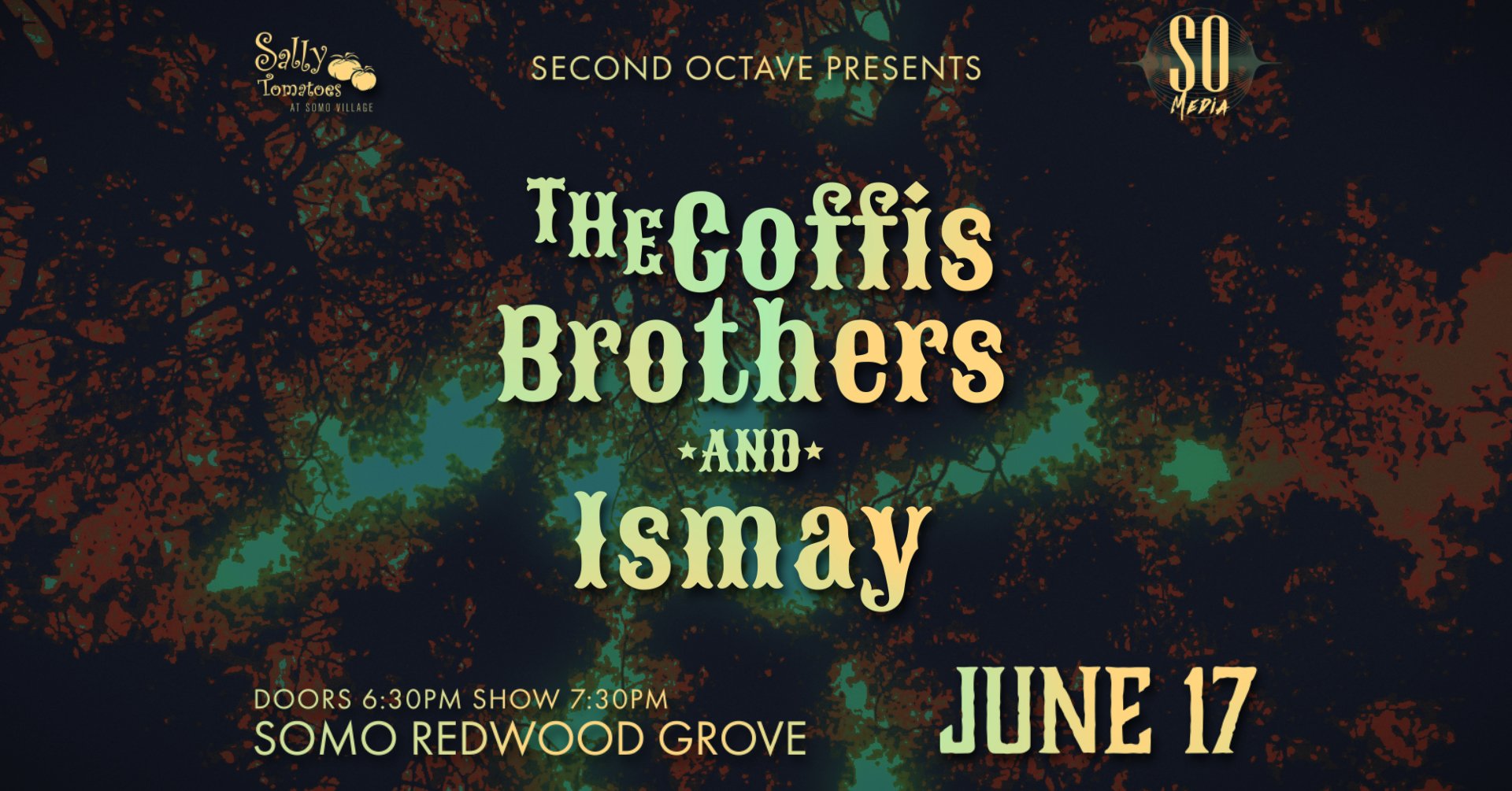 Questions about our concerts? Please go to https://somoconcerts.com/faq/

With their newest record, Turn My Radio Up, The Coffis Brothers salute the glory days of the FM dial while planting their flag firmly in the present. Produced by Bay Area legend (and longtime Mother Hips frontman) Tim Bluhm, the album makes equal room for heartland rock & roll anthems, front-porch folk songs, and campfire-worthy Americana ballads.

Brothers Jamie and Kellen Coffis were raised in the Santa Cruz Mountains of northern California, an area whose woodsy imagery left a permanent mark on their sound. “It’s all-American music,” says Kellen, who shares frontman duties with Jamie. “There’s rock, blues, acoustic folk, and country in there. As music fans, we go all the way back to the beginning — to pioneers like Buddy Holly and the Everly Brothers — but we also look to artists like the Eagles and Tom Petty for influence. That’s our playbook.”

Ismay’s songwriting connects deeply to the land. Melding the experience of taming wild horses, escaping wildfires, and birthing lambs with the mystical soundscape that nature inspires, Ismay has sharpened their musical craft over the last decade while living and working on their family ranch in Northern California. With Songs of Sonoma Mountain, their debut full length album recorded in the family barn and released in 2020, Ismay realized a contemplative vision blending field recordings and intricate melodies with live, inventive composition. In the wake of Songs of Sonoma Mountain, Ismay has developed the sound further, letting their singular melodies breathe, interact, and come to fruition through a full band groove with psychedelic color in upcoming releases. Ismay represents the collaborative work driven by singer-songwriter Avery Hellman, who grew up backstage at their grandfather’s Hardly Strictly Bluegrass Festival, where they were inspired early on by artists such as Emmylou Harris, Gillian Welch, and Hazel Dickens.

To register for this event please visit the following URL: https://www.eventbrite.com/e/the-coffis-bros-the-mountain-men-w-ismay-at-the-somo-redwood-grove-tickets-322717716377 →