By Taylor MasonBLOG
No Comments 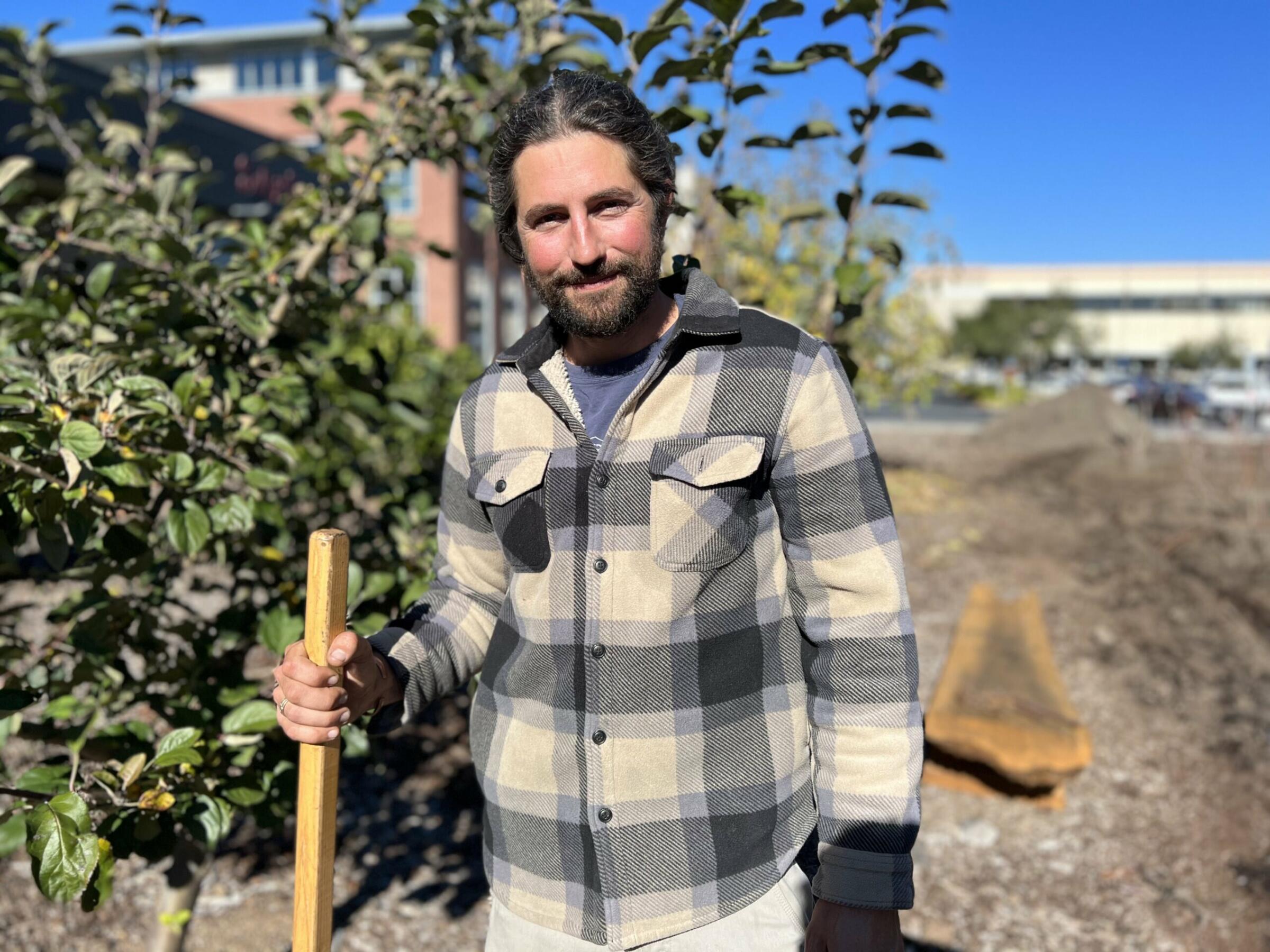 Jake Daigle is the lead farmer overseeing the development of our 25-acre Headwaters Farm at SOMO Village.

The concept of an agrihood—a neighborhood or community with localized agriculture—isn’t new. It’s been a buzzword since it first emerged in 2014.

But as consumer preferences change and our collective awareness shifts increasingly towards better caring for ourselves and the planet, agrihoods have become a legitimate and viable option, all around the globe.

We’ve built SOMO Village as an agrihood. It’s a core component of our mission and vision for the community.

And we interviewed Jake Daigle, the lead farmer overseeing the development of our 25-acre farm, to explore what the concept really means and why it’s such an important undertaking.

Here’s what he told us.

What exactly is an agrihood? What does the concept really mean?

An agrihood is a neighborhood that has a focus on agriculture—one where the community has access to locally-grown food.

Beyond just the provision of food, agrihoods help people gain a closer connection to where their food is grown.

It creates culture, and it builds knowledge of what’s in season and what can be grown in their own backyard—or at least within walking distance.

On a higher level, it also brings to focus the concept of terroir—the way that food, much like the wine grown in Sonoma County, takes on the traits of the local soil.

Fundamentally, healthy soil grows healthy food that nourishes healthy people. Educating people and building that connection between them and their food creates a vested interest in better caring for ourselves and the land.

Why are agrihoods such an important concept? 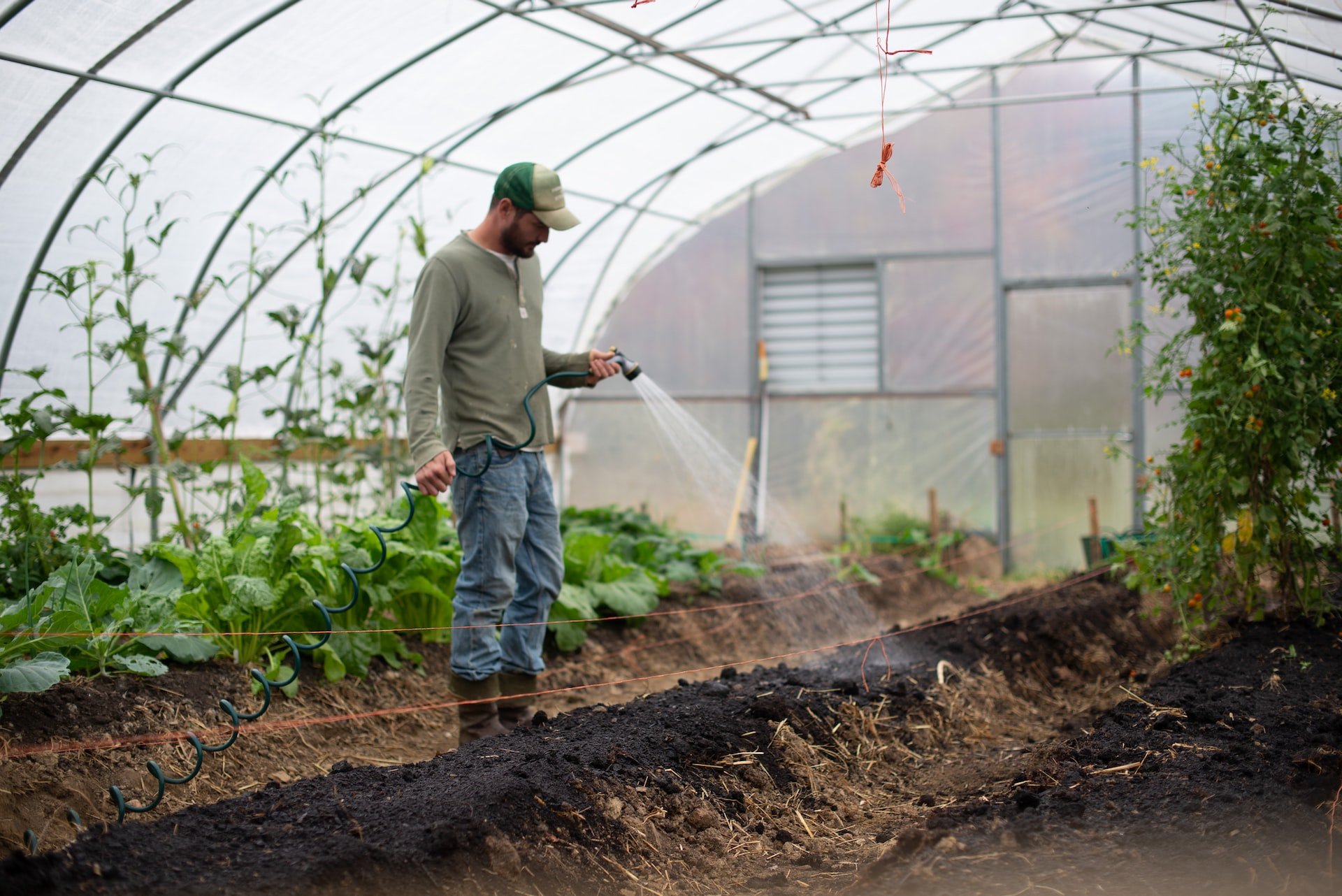 The concept of agrihoods benefits the environment, human health, and communities.

When it comes to looking after the environment, localized farming cuts back on a ton of the factors impacting our planet.

Think of it this way: how far did things get trucked to end up at your door? How much energy went into making chemical fertilizers, and how much CO2 was released when those whole fields were tilled?

Beyond that, though, all the lifeforms living underground are carbon-based. So, when you till the soil, all that carbon is released into the atmosphere. But if you can build that population, and also build the carbon that’s underground in the form of roots, you’re ultimately helping to sequester that carbon (click here to learn how you can do this in your own backyard).

And societally, the significance of keeping culture in agriculture can’t be overstated.

That’s why I got into farming: where I grew up, food is a big part of the culture. If you’re growing your own ingredients or have a connection to the farmer who did, and if everyone’s consuming the same thing in the neighborhood, it creates talking points, and energy gets built up around that.

It raises the health and spirit of the community.

Why was the agrihood concept so fundamental to SOMO Village? 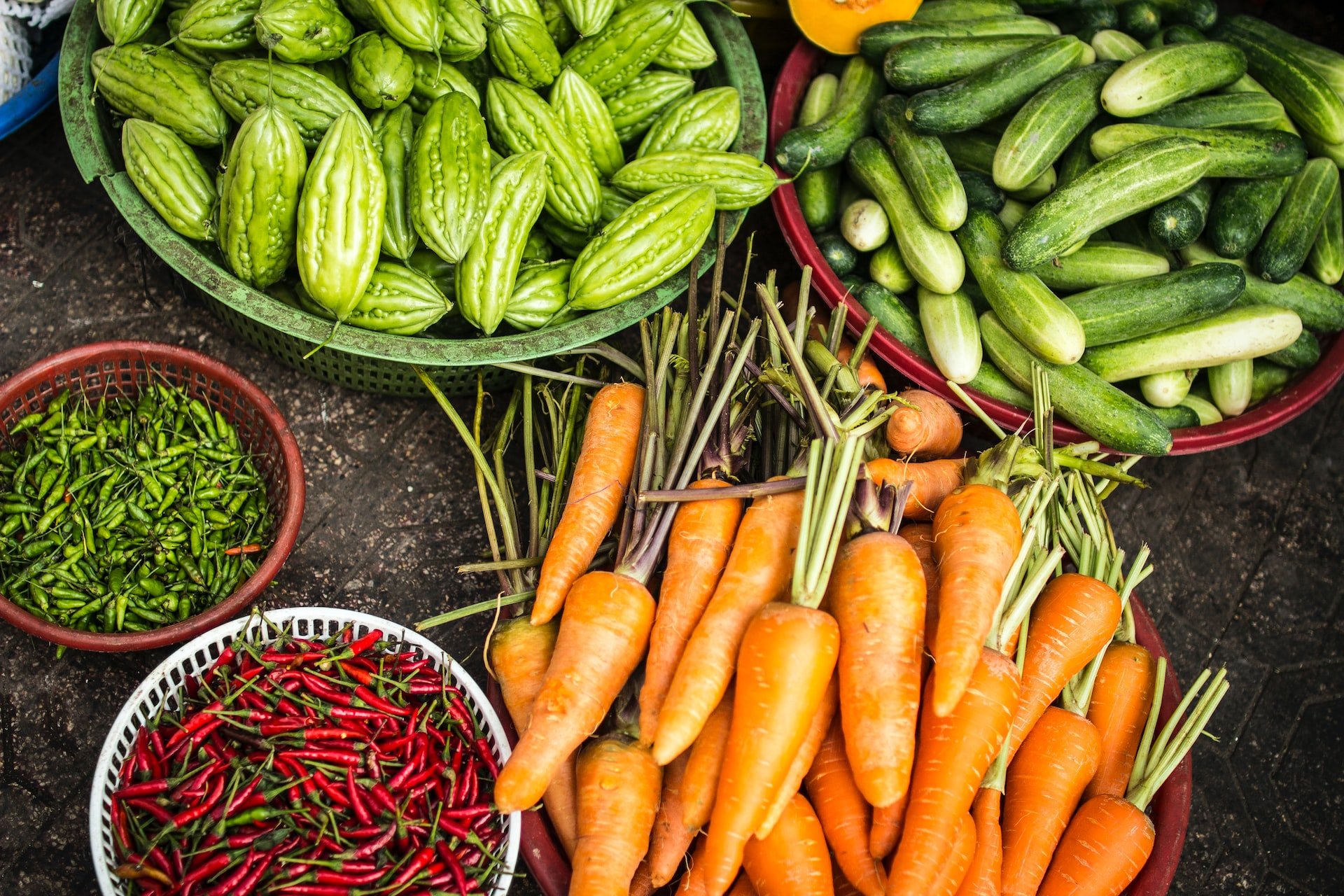 The benefits of having a farm in your community are endless. It allows residents to reconnect with the land, see what land stewardship looks like, and have a walkable destination in the community where they can purchase fresh food.

Even just being able to exercise and explore nature is so healing. It’s therapeutic.

Building our 25-acre Headwaters Farm is meant to inspire and give people a sense of wonder.

It’s really special being able to taste something that’s grown right on the land—there’s nothing like picking a strawberry right off the plant and eating it, or having fresh herbs or a bouquet of flowers you can take home from right next to the flowerbeds where they were grown.

It’s enlightening being able to see the butterflies, hummingbirds, bees, and all the creatures that benefit from a farm besides us.

We’ll also be better able to control the environmental impact of our farming: we’re going to have to be water-wise, grow native plants, and do as much dry farming as we can since we’re moving into a dryer climate.

Having this farm also allows us to tell the story of ethnobotany; we’ll be growing certain foods and learning about where they came from and who brought them here, as well as why certain native plants were used by native peoples, what they look like, and how they are used.

It empowers us to help people reconnect with nature. And the beauty of it all is that it’s not a one-man show. It’s a community and a team effort, and that’s incredibly exciting.

How will SOMO Village’s farm work? What opportunities will people have to get involved or buy food directly from Headwaters Farm?

We’re definitely going to have days where folks can come out and volunteer or be a part of a series or a class or some sort of educational component.

There will also be a barn that we’ll all be able to raise together as a community,

And, most importantly, we’ll be operating as a CSA—Community Supported Agriculture—where you can buy a share or sign up for a membership that comes with incentives like farm dinners, invitations to events, and weekly or biweekly produce boxes.

How did you come to be involved with leading the development of SOMO Village’s farm?

I moved to California after Hurricane Katrina. For about 15 years, I’ve been growing food organically and learning about native plants and herbs and farming at scale.

I’ve been a part of a couple of different operations in the area, like getting involved with educational farms, helping start an agrihood, and overseeing a few other operations.

I was introduced to the team at SOMO Village, and after hearing their concepts and sharing my ideas, it felt like a perfect fit for me to help them build their farm.

What’s the process for starting a farm? What are the timelines for harvesting food at SOMO Village? 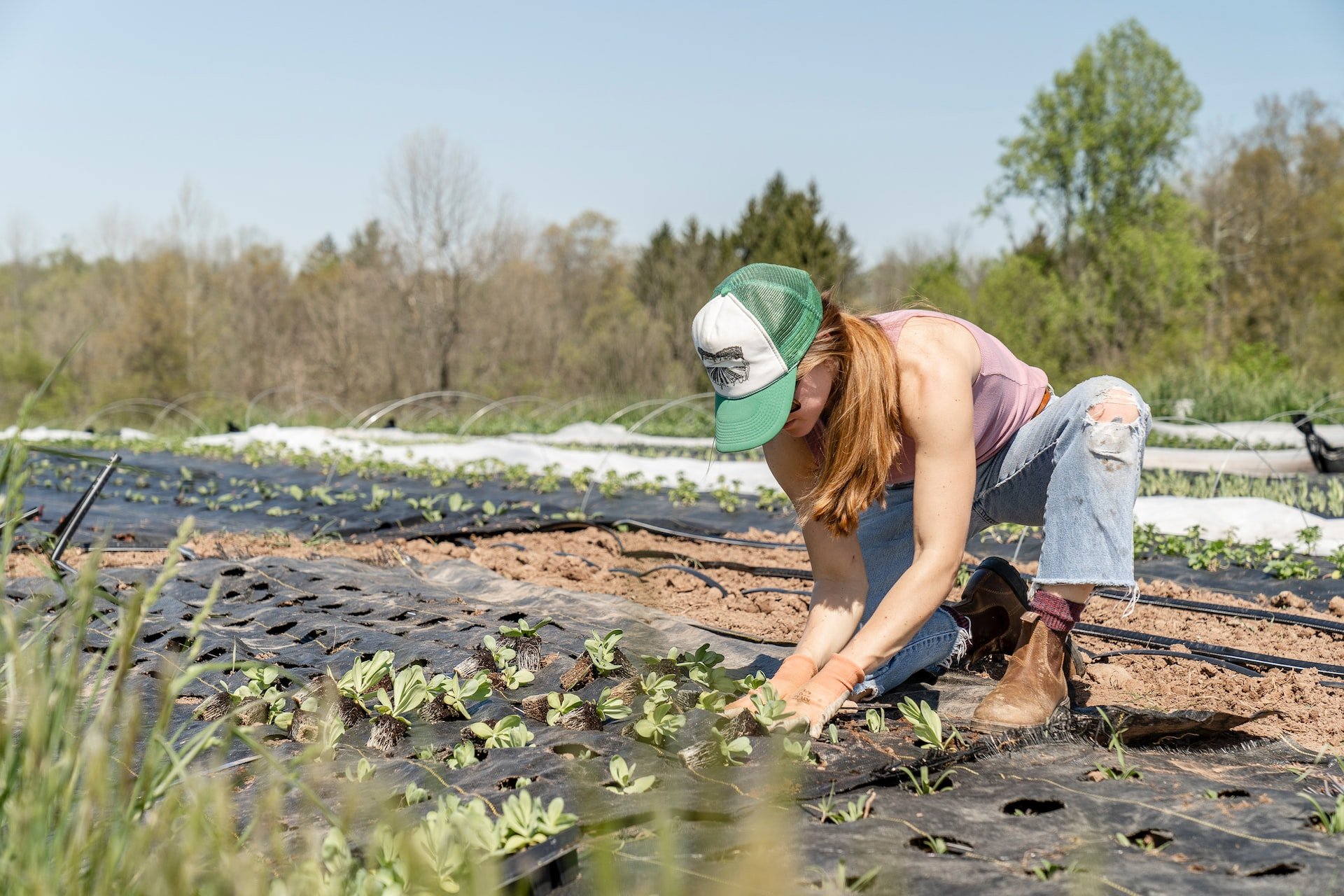 The first step was to take a soil test and see what we were working with. In this area, we knew it was heavy clay, but we wanted to see how fertile or deficient it was.

At the moment, we’re working with Permaculture Artisans to draw up the design plan and get a well dug.

Once we have both of those pieces in place, we’ll start to define plant types and get a little more specific as to the nitty-gritty of it all.

We’ll also start cleaning up the land and sowing a cover crop— putting down a mixture of grass and legume seeds that will build the nitrogen in the soil, feed the microbes, and increase that vital organic matter.

We know we’ll grow potatoes, greens, corn, and some tomatoes and flowers, in the beginning, just as a humble start and to define some of the spaces. It takes years to build the soil fertility, so we’ll want to save seeds from our initial plants so that we can ensure they grow better the next season as they adapt to the site.

And we’ll be incorporating plenty of native plants that we know will do well in the area for the purpose of creating a habitat for beneficial insects.

Our goal is to start planting in the spring of 2023, but we have to put a lot of infrastructure into place and come up with a design that we really feel good about.

With Headwaters Farm, our intention is to acknowledge the first people of the land. We’ll be seeking their blessing, paying that respect, giving acknowledgment, and honoring the traditional ecological knowledge that they hold.

So, get out and enjoy all that the county has to offer!

If you’re interested in learning about SOMO Village’s farm and community, we invite you to download our Residential Project Brief or to get in touch with us today.